Though its name is longer, the shorts festival features films that are shorter than feature films (films that are 40 minutes or longer).  Yup.  According to the complaint, Traverse City Film Festival (TCFF) is a non-profit that has conducted a well-known film festival in — you guessed it — Traverse City, Michigan, under the TRAVERSE CITY FILM FESTIVAL® mark and the logo depicted above since 2005.  The Traverse City Film Festival also shows shorts, 59 this year alone.  Defendants are a married couple, Daniel and Laura Martone, who offered their first film festival September 15-18 this year under the marks TRAVERSE CITY SHORT FILM FESTIVAL and the TRAVERSE CITY SHORTS FESTIVAL.  The Martones have yet to file an Answer, so we’ll have to wait and see which party comes up short on this one while we also watch to see if Red Rover comes over . . .

Wag’N Enterprises isn’t going to let United Animal Nations (UAN) jerk its chain.  Wag’N has sold WAG’N ROVER RESPOND’R pet emergency services since July 2008 and has rights in its mark stemming back to April 18, 2008, thanks to the handy intent to use registration process.  UAN changed its name to REDROVER RESPONDER on June 11, 2011.  Wag’N initially tried to play nice, but when its letters went unanswered it filed suit.  I’m calling Wag’N the top dog in this one, while in the next one it’s BMI . . .

BMI (Broadcast Music Inc) owns and licenses public performance rights to lots and lots and lots of music — approximately 6.5 million tunes, according to the complaint BMI filed against Lady Godiva’s and Mark London.  London owns Lady Godiva’s in Grand Rapids, MI.  A search for “Lady Godiva’s Grand Rapids” on Google’s search engine provided numerous results for Lady Godiva’s Showgirls.  But showgirls and adult entertainment aren’t allowed in Grand Rapids, according to Wood TV 8  — yes, really — which covered the story on Tuesday, stating that London claims BMI re-classified Lady Godiva’s as adult entertainment in order to charge it higher licensing fees.  I don’t know, Mr. London: showgirls and entertainment seem to go hand in hand and it does not appear that you have the upper hand in this one.  You have to hand it to – The Women’s Zionist Organization of America for protecting their mark . . .

Hadassah The Women’s Zionist Organization of America, Inc. (Hadassah), is a women’s volunteer organization whose members promote the unity of the Jewish people by initiating and supporting health care, education and youth institutions, and land development in Israel.  Hadassah owns three U.S. federal registrations for its HADASSAH word mark as well as one for the logo shown above and several others for other logo marks incorporating the English and Hebrew words for HADASSAH for a wide variety of goods and services.  Yudith Esther Alvarez recently launched a cosmetics line under the mark Esther Hadassah and after ignoring the Zionist’s C&D letters caused them to file suit against her to protect their marks.  Yudith, couldn’t you have been a bit more creative in selecting a mark?  At least you’re not the only defendant lacking in creativity . . .

Think these packages came from the same company?  Think again.  The one on the left belongs to plaintiff, Tony Chachere’s Creole Foods of Opelousas, which only sounds made up, it actually really exists.  Not only is it a real company, it’s a successful one as well, from 2003 to 2011, gross sales for TONY CHACHERE’S branded products sold in its distinctive trade dress shown above totaled in excess of $230,000,000.00.  So what’s up with the package on the right?  Well, that one came from Chachere’s former licensee, Big Easy Foods, which informed Chachere on April 11, 2011 that it intended to transition from TONY CHACHERE’s brand to its own brand commencing in July, 2011.  Looking at the packaging it’s not clear what Big Easy came up with apart from stealing its former licensor’s trade dress.  Infringement is never good idea, but infringing on the rights of your former licensor is even more foolish, since they’ll likely have an additional cause of action for breach of contract against you, just as Chachere alleged in the lawsuit it filed against Big Easy last week.  Sure makes Big Easy look like a shrimp.  Nikki Finke’s seeks to flex her muscle by taking on The Hollywood Reporter . . . 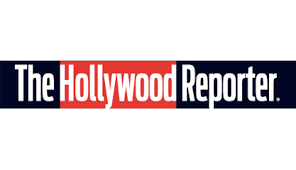 In a rather strange complaint for copyright infringement, Penske Media Corp (PMC), which owns Deadline.com (Deadline Hollywood) details 28 instances of what it characterizes as THR‘s (The Hollywood Reporter’s) “Stealing Deadline’s Original News Stories.”  The complaint devotes 15(!) pages to describe 28 occasions between June and September, 2011 on which THR wrote about the same stories as Deadline Hollywood, each of which THR allegedly published shortly after Deadline Hollywood posted its stories on the same subject to its website.  What’s odd is the fact that the complaint lists no copyright registrations for these stories, which is pretty peculiar, since copyright registration is a requirement for standing to sue for infringement.  The complaint does assert a pending copyright registration application that it submitted for the source code of another PMC website, TVLine.com, which it claims THR also infringed.  But why devote 14 pages of a 31 page complaint to non-actionable alleged infringements?  My guess is PMC did so in order to publicly attack THR without the risk of drawing a defamation claim.  Interesting tactic, PMC.  But, I’m not so sure that you did yourselves any favors, as federal court judges tend frown upon on wasting time on superfluous facts.  I doubt this one will get much past the pleading stage, although one never knows.

A wise colleague recently told me that capitalism cannot exist without trademarks.  Before you say “look where capitalism got us,” please note that I’m not talking about the greedy out of control corporate interests that currently masquerade as capitalism in the country, but textbook capitalism where supply and demand rule the day.  About that, I think he’s right.  What do you think about it?

Brandgeek proudly supports Mountain Area Preservation and is humbled to be…

Pontifications
Shining the Light
On the Road
Recent Posts
Recent Comments
Categories
BrandGeek: Protecting the Brands that are Changing the World®
Get In Touch

Lara Pearson is licensed to practice law in Nevada (active) and Colorado (inactive). Lara counsels clients worldwide on their International and U.S. federal intellectual property matters. Websites are not attorneys and this one is no different; it cannot provide legal advice, no matter how nicely you ask it to do so. This web site is designed as an informational resource only. Your reading it or otherwise engaging with it does not form an attorney-client relationship between you and Lara.